This New Year, we’re going to continue to commit ourselves to our calling, making better coffee for everyone. In fact, making the best coffee in the world has been a resolution of Cameron’s Coffee for a long time.

We believe that for coffee to be the best, it needs to taste exceptional, be priced affordably, be responsibly grown and it must leave minimal impact on the environment. Fortunately, Cameron’s has done well in all of these areas, but we’re still going to continue to improve.

To inspire you to strive for accomplishing your resolutions, we’ve assembled a few quotes from inspiring people, all of whom love coffee.

Check out their stories that drove them to achieve. “To me, the smell of fresh made coffee is one of the greatest inventions”
– Hugh Jackman

You may recognize Hugh Jackman as an actor, starring in movies like X-Men, but you probably didn’t know he has been a humanitarian longer than he has been an actor. As an eight-year-old, he began helping World Vision, a nonprofit that counteracts the root causes of poverty around the world.

Six years ago, he visited Ethiopia and helped coffee farmers in the country, many of which had to work nonstop to support their families. Soon after, he went to the U.N. to make his case for fair trade coffee. Wanting to do more to help those in need, he decided to set up a nonprofit company of his own, where all of the profits go to support development programs around the world. 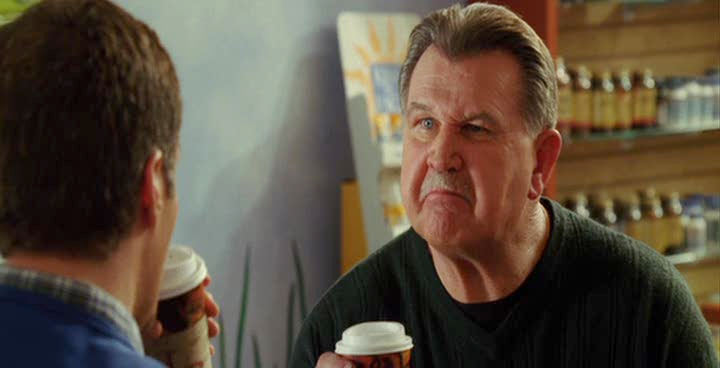 “Coffee, it’s the lifeblood that drives the dreams of champions!”
– Mike Ditka, Playing Himself (Kicking and Screaming)

Okay, this story is fictional, but it’s still inspiring. In the movie Kicking and Screaming, Phil Weston (Will Ferrell) becomes the coach of his son’s soccer team, a team filled with kids who weren’t able to make his overbearing father’s squad of talented kids. Wanting for his son and his teammates to beat his father’s team, Phil seeks help from his father’s neighbor and nemesis, Mike Ditka. Ditka helps Phil coach his team to success and learn a valuable lesson along the way. Our favorite moment is one of the parts about coffee. Surprise! “We want to do a lot of stuff; we’re not in great shape. We didn’t get a good night’s sleep. We’re a little depressed. Coffee solves all these problems in one delightful little cup.”
– Jerry Seinfeld

Jerry Seinfeld might be known best for the T.V. show Seinfeld, but a little known accomplishment of his is a web T.V. series called “Comedians in Cars Getting Coffee.” The title pretty much sums up the show, where Seinfeld chats with a famous comedian while they drive to get coffee. Seinfeld figured out this idea after his iconic T.V. show concluded and eventually made a go of it years later. Initially, he found a few hurtles getting his project together. Many individuals and sponsors said his program wouldn’t work, but his idea broke through and now it’s starting its seventh season. “Do what you can, with what you have, where you are.”
– Theodore Roosevelt

Born with asthma, the young Roosevelt was often sick. He found he needed to focus his efforts to overcome and conquer his limitations. Known for living a strenuous lifestyle full of achievements, Teddy successfully overcame the obstacles standing before him. Coffee may have helped his drive. Teddy was reported to drink a gallon of coffee a day.

20 Unique Gifts for The Coffee Lover In Your Life