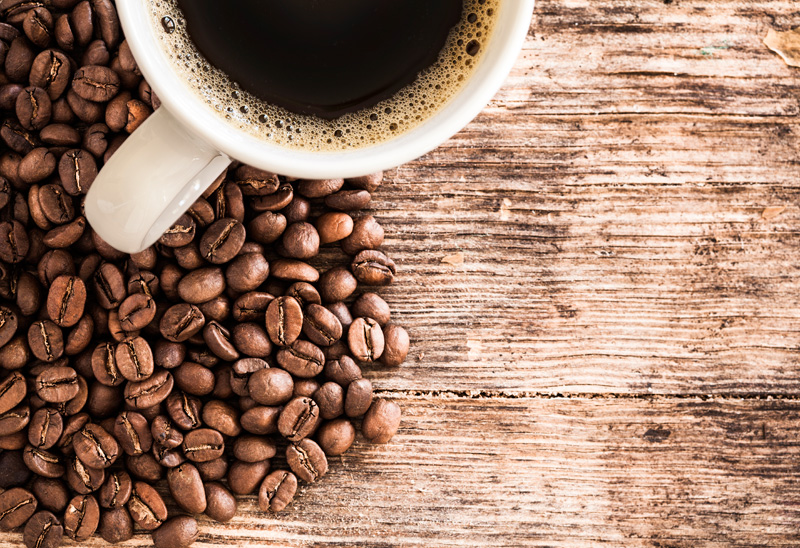 The most popular drink of all time deserves it’s own day. And to celebrate we’re offering 29% off items on our site today only (9/29), plus a little light reading to enjoy with your cup of joe.

1. Coffee was discovered by goats.

Legend has it that a goatherd in Ethiopia noticed his goats acting strangely one day, and that night they weren’t able to fall asleep. They had eaten berries from the coffee plant, and the caffeine was doing its part. The goatherd reported his findings to the local abbot, who created a drink from the berries and noticed that he too, could stay awake much longer for his evening prayers.

Darker colored coffee is more potent than lightly colored coffee, but for the beans themselves the opposite is true. Roasting the beans longer essentially draws out the oils and dries them more than the lightly roasted beans.

3. Espresso is a preparation technique, not a type of bean.

Espresso is the brewing technique that uses very finely ground coffee (of any variety) and a 20 second extraction to produce those coveted shots of happiness.

Coffee was illegal in several areas of the world in different moments in history. In the 16th century coffee was banned in Mecca because leaders feared their opposition was meeting in coffeehouses and radical thinking was stimulated by their choice of drink. Ironically, both the American Revolution and the French Revolution had their beginnings as discussions in coffeehouses (among other places).

That same century, coffee made its way to Italy, where some viewed the beverage as dangerous and even Satanic. They brought it to the attention of the pope at the time, but thankfully Pope Clement VIII decided to take a risk and try it first. He loved it, and gave it full Papal approval.

5. Hawaii is the only US state to produce coffee beans commercially.

6. Brazil puts coffee on its letters.

7. Coffee comes from a berry. On a tree.

The coffee bean is actually the seed inside a red berry. Apparently the berries taste quite good and might be sold in their own right, if the beans weren’t so valuable. Maybe the goats were on to something!